With less than a month remaining in office, Gov. Peter Shumlin is offering pardons to the thousands of people convicted of low-level marijuana offenses in Vermont.

It’s been three and a half years since Vermont decriminalized possession of an ounce or less of cannabis. But the outgoing Democratic governor says that does little for the thousands of low-level marijuana offenders convicted prior to 2013.

“We’ve got folks who got charged for an ounce or less of marijuana, in a different era, when we were running a failed war on drugs,” Shumlin said Thursday. “Let’s give those folks an opportunity to have a clean record.”

Shumlin says the pardons will be reserved only for non-violent offenders with no felonies on their record. His office estimates that as many as 17,000 people might fit that criteria.

People interested in seeking a pardon can do so by submitting an application anytime between now and Christmas. 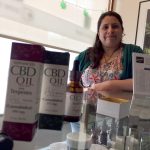